The world most iconic symbol of love is known as Taj Mahal, there are many interesting Taj Mahal facts behind Taj Mahal history, Taj Mahal which is also known as Mumtaz Mahal is located in Agra INDIA.

Shah Jahan was a 17th century emperor and the Nobel ruler of the Hindustan, who basically ordered the construction of this awesome structure after the death of His wife Arjumand Bano Begum.

Long ago in a land called Hindustan, Land that was the dynasty of kings as cultured as they were courageous, it isn’t they were without fault, they were man of exceptionally good visions and blessed with the most extraordinary ways to build their empire. Now there was one among called the King of the world who built a Monument for the sack of Love that would capture the imagination of the world.

It’s the Taj Mahal History that adds a soul to its magnificence; a soul that is filled with love, loss, remorse, and love again.

Architecture of a Love Story 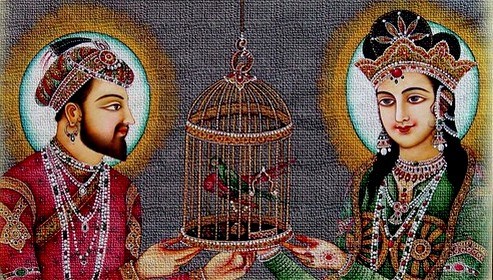 At the age of 15 year the prince who would be the King of the world met a young girl in a Bazaar (market) within the walls of royal palace in Agra, Poets described the girl as an extraordinary beauty, For both the young boy and young girl it was a Love at first sight. 5 years would pass before the suspicious day chosen for their wedding, and from that moment they became inseparable companions.

To honor the prince for many victories in his military campaigns Jahangir grants him the title Shah Jahan, “KING OF THE WORLD”, a tribute never before paid to an uncrown Prince but when Jahangir health fails, his sons rivals for successions. Ultimately Shahjahan was victorious and in 1628 he ascends the throne and besides him stands his queen.

After many years with happiness till 1631 his wife died after giving birth to his 14th child. When Mumtaz Mahal was on the Deathbed, she made two requests to the Emperor:

You should not marry any other women after my death and You have to built a tomb in my memory so that my name should be remembered forever.

King has decided to build the most extraordinary monument for the sack of love and in the memory his beloved wife Mumtaz Mahal.

With the help of 20,000 workers in 1648 the world’s most beautiful iconic symbol of love was been completed on the banks of river “Yamuna”.

Tag Mahal Location: In northern India in the city of Agra that is famous for two things The Agra Fort and The Taj Mahal.

There are many interesting myths and facts about Taj mahal, but here are some of the most unbelievable taj mahal facts that will delight you for sure.

It is a Poem in a Stone.

If you liked all these interesting taj mahal facts, then you may also like reading our recent articles on Atomic bomb facts and Adolf Hitler facts.

After learning all the Taj Mahal facts, it is justified that it is a Symbol of Love but if you think a bit on it, then you may understand that there’s something very painful about this monument. We all know that Mumtaz was very precious to Shah Jahan, but did you know? He killed her husband to acquire her and his love was very cruel in the beginning. Let me tell you another very painful fact about this love story, that Shah Jahan didn’t kept his promise to never marry any other girl after the death of Mumtaz, after her death Shah Jahan married Mumtaz’s Sister.

Actual Beauty of the Taj Mahal 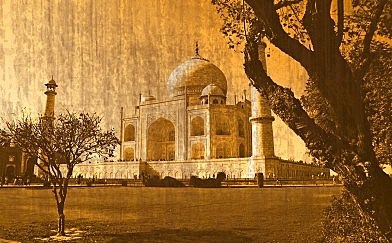 Taj Mahal is not just a tomb it’s an example of how deeply a man loved his wife, that even after she remained but a memory, he made sure that this memory would never fade away. It is not the white marble or architecture that attracts the world, it’s the purity of Love and heart that make us all remember Shah Jahan and Mumtaz.

It is the Love that built the Taj, it was something beyond architecture, within every wall of Taj there includes the most precious feelings and a strong bond of relation that makes the Taj Mahal the most iconic symbol of love.