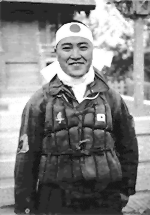 1. Japanese Kamikaze pilots were allowed to return if they didn’t find a suitable target. One pilot was shot after his ninth return. – Source

2. A Russian MIG Pilot defected during the cold war along with his aircraft. When he arrived in the USA he was convinced the CIA had specially stocked the grocery stores he went to because he couldn’t believe the vast array of products for sale. – Source

3. In 1986, a Soviet pilot made a bet with his co-pilot that he could land the airplane blind, with curtained cockpit windows. He crashed the plane into the landing strip, killing 70 out of 94 passengers and crew. – Source

4. The captain of a United flight had a heart attack mid-flight, and so an off-duty air force captain, Mike Gongol, had to help land the plane, saving 160 lives. He knew he had to help when he heard the PA announcement “are there any non-revenue pilots on board, please ring your call button.” – Source

5. A FedEx pilot inverted a cargo jet pinning a hijacker to the ceiling of the plane, performing maneuvers beyond all known capabilities to land safely. – Source 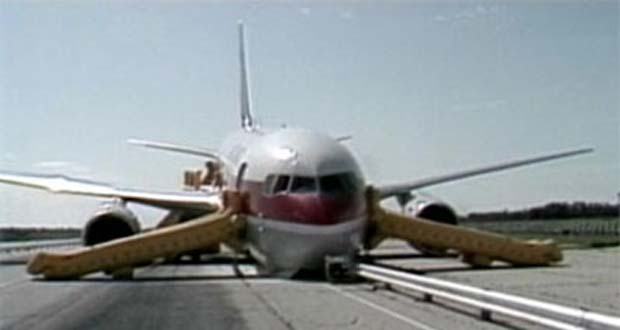 7. Franz Stigler was a German ace fighter pilot who risked his life to spare and then save the lives of 9 Americans by escorting their injured B-17 bomber out of Germany. The incident would later be called “the most incredible encounter between enemies in World War II.” – Source

8. Out of 262 Blue Angels pilots, 27 have been killed during training or show accidents, giving the job a 10% fatality rate. – Source

10. Hajimi Fuji volunteered for the kamikaze but was refused acceptance because he had a wife and two young children. To honor his wish his wife drowned her two young girls and drowned herself. Hajimi then flew as a kamikaze pilot, meeting his death on the 28th May 1945. – Source 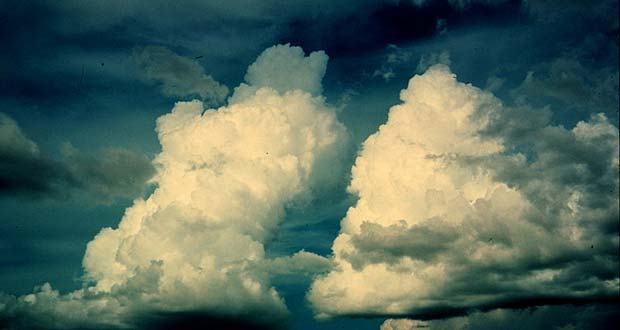 11. Two paragliders were sucked into a thunderstorm during practice. The updraft was so powerful that one pilot was sucked up to 19,000 feet and killed by a lightning strike. The pilot of the second glider passed out from the altitude, but woke up still airborne and covered in ice. – Source

12. Under certain conditions, a pilot not trained to fly by gyroscopic instruments can enter into a death spiral, believing that he is maintaining straight flight and completely unaware that he even turning. – Source

13. Colin McGregor, the brother of Star Wars actor Ewan McGregor, is a British RAF pilot and goes by the call-sign “Obi Two”. – Source

14. A Japanese pilot who attacked a town in Oregon during WWII returned 20 years later to present his family’s 400-year-old sword as a symbol of regret. – Source

15. A pilot was actually recorded saying “I picked a bad day to stop sniffin’ glue” shortly before his plane crashed. – Source 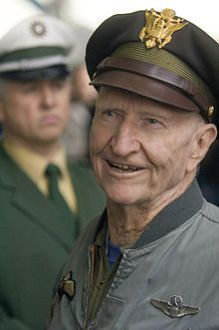 16. During the Berlin Blockade in 1948, a pilot who was doing supply drops for the civilians became known as ‘Uncle Wiggly Wings’ after he started dropping candy and chocolate from his plane and wiggling his wings so people knew it was him. – Source

17. Bob Barker was trained as a Navy fighter pilot in WW2 but wasn’t sent to a fleet squadron in time to fight. He once said: “I was all ready to go, and when the enemy heard that I was headed for the Pacific, they surrendered. That was the end of World War II.” – Source

18. In 1940 two Royal Australian Air Force training airplanes collided in mid-air, becoming locked together. As the aircraft was traveling in the same direction, they became an impromptu biplane and we’re landed safely by the pilot of the upper plane. There were no deaths. – Source

19. Army officer Hugh Thompson prevented the deaths of hundreds of Vietnamese civilians including women and children, by a group of American soldiers. Thompson, an Army helicopter pilot, landed between the soldiers and the villagers and threatened to open fire if they continued their attacks. – Source

20. Teddy Roosevelt was the first president to fly in an airplane and afterward told the pilot, “that was the bulliest experience I ever had. I envy your professional conquest of space.” – Source 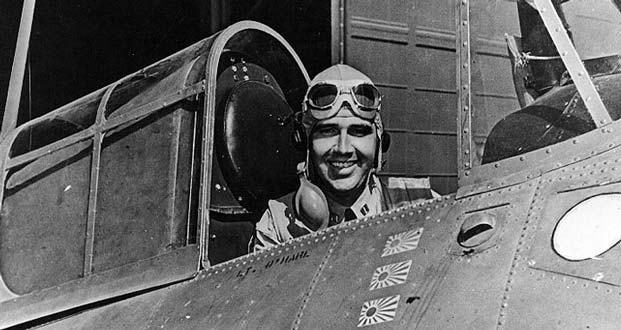 21. O’Hare airport is named after an American fighter pilot who was the lone defender during an attack on his carrier, then was killed leading the first night defense against a Kamikaze attack. Two years earlier, his own father was murdered for being the only man willing to testify against Al Capone. – Source

22. In 1976, a Soviet pilot defected to Japan with one of their most advanced jet, a MiG-25P. They returned it after learning all its secrets with a $40k bill asking for the shipping fare and repair for the damage it caused to the runway. – Source

23. One of the test pilots for the interceptor version of the SR-71 was chosen for Apollo 15 mission to the Moon. He had a heart attack after his moon walk and the only reason anybody knew was that NASA noticed it on his heart monitor. It was left out of the mission debriefing records. – Source

24. There are giant concrete arrows built every 10 miles that span from NYC to San Francisco which were used by USPS Pilots to trace their way across America. – Source

25. An airline pilot ordered 30 pizzas for his passengers, after finding out they would be delayed 2 hours for weather. The pizzas were delivered within 30 minutes by Domino’s and were cleared by security and sent directly to the plane in an official airport vehicle. – Source 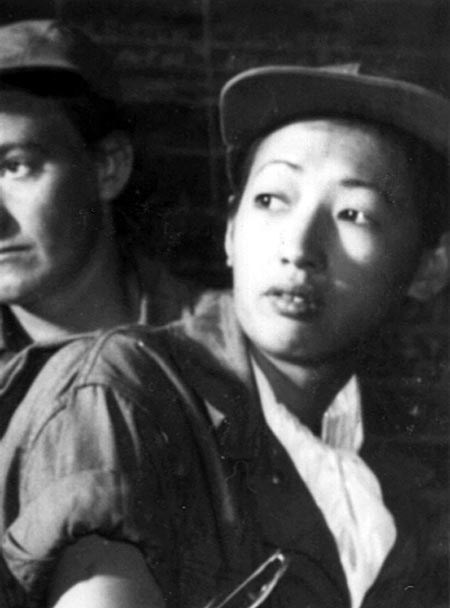 26. Hazel Ying Lee, a Chinese-American WWII pilot, had two forced landings. One landing took place in a Kansas wheat field. A farmer, pitchfork in hand, chased her around the plane while shouting to his neighbors that the Japanese had invaded Kansas. – Source

27. Famous aviator Charles Lindbergh served in WWII as a fighter pilot, despite still being a civilian. His wingman was known as “Fishkiller Miller” after he missed a target and accidentally killed thousands of nearby fish instead. – Source

28. During the WWII naval battle of Leyte Gulf, an American pilot made repeated attack runs against one of the largest battleships in history, Japan’s Yamato. After running out of ammunition, the pilot continued attacking, throwing a Coke bottle and other loose cockpit articles at the ship’s bridge. –Source

29. The King of Morocco, Hassan II grabbed the radio during an assassination attempt and told the rebel pilots who were firing at Hassan’s Boeing 727; “Stop firing! The tyrant is dead!” Which made the Assassins break off their attack. – Source

30. While in a spin, a pilot ejected from his plane only to watch his unmanned F-106 recover from the spin and land safely in a field. – Source 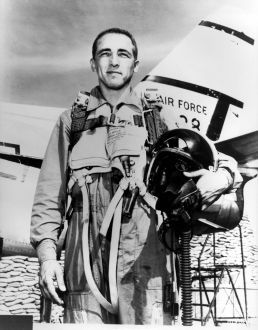 31. During the Korean War Air Force pilot James Risner successfully “pushed” his wingman’s incapacitated jet fighter into friendly territory using the nose of his own jet. A maneuver that had never been attempted in history. – Source

32. During the Vietnam war, a Chinook pilot saved his family by flying them to the American destroyer “Kirk”, dropping his children out of the helicopter onto the ship’s deck then rolling the Chinook onto its side and jumping into the sea. – Source

33. A fighter jet pilot shot his own plane down by flying into his own bullets. – Source

34. 43% of British pilots admitted to falling asleep during flights, 33% of them reported waking up to find that their co-pilots had fallen asleep as well, according to a survey carried between 2010 & 2012. – Source 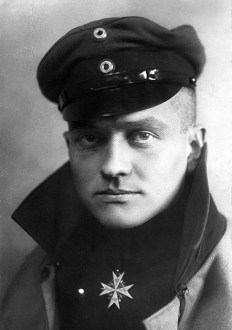 36. In 1916, Manfred von Richthofen was considered a below-average pilot who crashed during his first flight. Upon his death two years, and 80 aerial kills later, the British buried The Red Baron with full military honors out of respect for his skill as an aviator. – Source

37. Test pilot Tex Johnson did a barrel roll in a prototype 707 during a first look at an air show with a lot of potential customers in attendance. When his boss called him into his office and said “What the hell were you doing?”, he replied “Selling Airplanes.” – Source

38. A Luftwaffe pilot refused to destroy a damaged B-17.The German pilot escorted the B-17 to the English Channel and then saluted the American pilot and returned home. 40 years later they were reunited and developed a deep friendship that lasted until their deaths. – Source

39. F-35B Fighter Pilots have a Helmet that accesses 6 cameras around the body of the plane, allowing them to basically see through the plane. Also, it costs $400,000. – Source

40. German ww2 pilots in North Africa would fix bottles of Coca-Cola to the underside of their wings so the drink would cool at high altitude, then be ready to drink after landing. – Source