It is important to remember Holocaust facts so that we do not let another crime like this happen in the world today. The Jews were not alone in being persecuted by the Nazi Party. Many other minority groups were also discriminated against and killed during the time of the Holocaust. 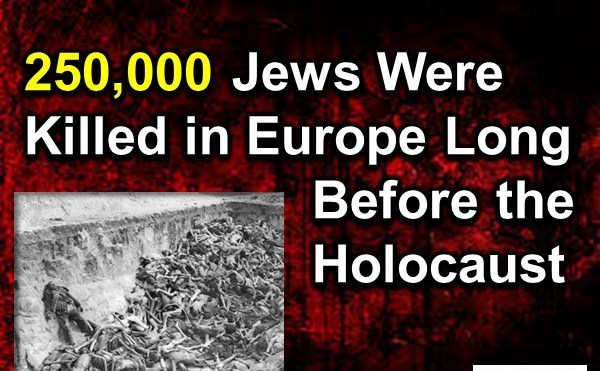 One of the lesser-known Holocaust facts is that there was anti-Semitism in Germany long before the Nazi party and Adolf Hitler came to power. Anti-Semitism is discrimination and hatred towards Jews.

Anti-Semitism has occurred throughout Europe at different times in history. There was historical precedence for the Holocaust in pogroms. Pogroms are riot-like events where groups of people of a particular ethnicity or background are threatened and killed.

These events were carried out against Jews throughout Europe. Pogroms occurred most notably against Jews in Russia and the Ukraine at the end of the 1800s and the beginning of the 1900s.

Pogroms occurred in Russia and Ukraine during the period of the Russian Civil War after 1917. It’s estimated that as many as 250,000 civilian Jews were killed during this time. Members of both sides of the fighting committed mass killings of Jews.

During pogroms, Jewish businesses and properties were also often damaged. The goal was to terrify the Jewish population so that they would no longer choose to live in the area and would move away.

In Germany, anti-Semitism was also building momentum at the end of the 1800s and the beginning of the 1900s. Political leaders from some parties were including hate-speech against Jews as part of their rhetoric.

In particular, there was a Völkisch movement which was based on the ideology that Jews were the enemies of the Aryan race. The Völkisch movement was defeated in elections in 1912 and disappeared. However, their ideology lived on in later German political parties, including the National Socialist German Workers’ Party, or Nazi Party. 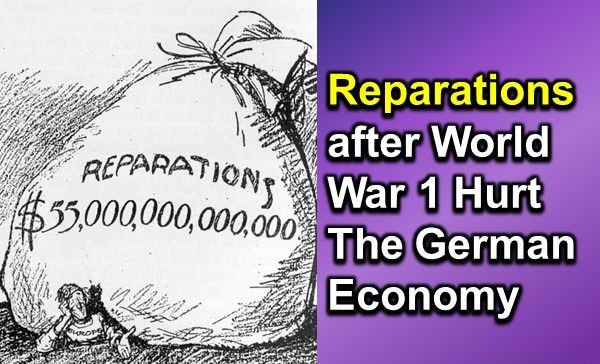 In the midst of this climate of anti-Semitism, World War I took place and Europe saw war on a scale that was previously unknown. Germany lost the war, and was made to pay reparations as part of the Treaty of Versailles.

This is one of the important historical Holocaust facts. Many historians have pointed out that the terms of the treaty put a lot of pressure on the German economy, which had already been weakened by the war. When the Great Depression occurred, the German economy collapsed. 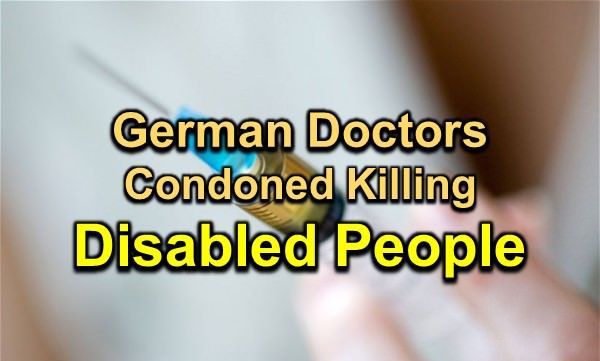 This is another of the important Holocaust facts: before the Holocaust, the German medical establishment began to condone the killing of mentally and physically disabled people. With the economy failing, this idea was proposed as a way to save money for the fit members of society.

Moreover, racial ideologies also existed within both the scientific community and wider German culture. It was a small cognitive leap from unfit to undesirable. This would continue during the Holocaust, as disabled and mentally ill people were also killed.

4. Hitler Planned to Kill All the Jews in Germany as Early as 1923 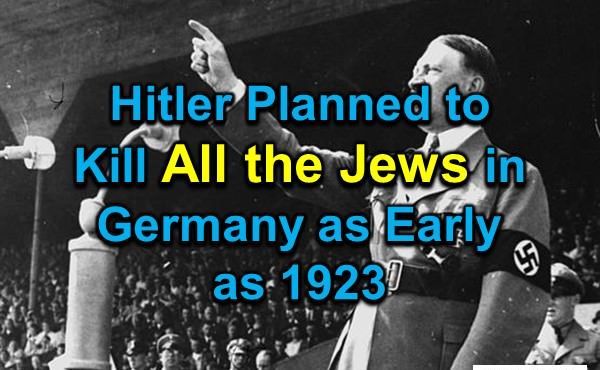 The Nazi Party came to power with Hitler as their leader in 1933. In Hitler’s book Mein Kampf, he wrote about his plans to remove Jews from Germany. Ten years before the Nazi Party took power, Hitler told a reporter how deadly his plans were. He told the reporter that he planned to kill all the Jews in Germany. The fact that Hitler planned such extensive mass murder, so far in advance, is one of the surprising Holocaust facts. Many people do already think he is the one who was largely responsible, however.

5. Early Nazi Prisons Were in the Basements of People’s Houses 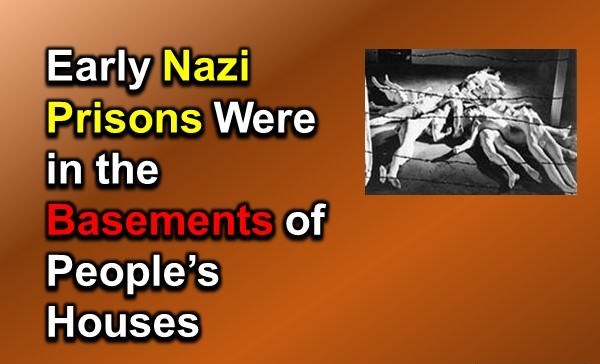 The segregation announced by the Nazi Party after they took power was the first sign that something catastrophic was going to happen in Germany. The Nazi Party divided the population of Germany into national comrades and community aliens.

The Nazi Party began building prison camps in 1933 for the special purpose of imprisoning their enemies without trial. The first prisoners were political enemies of the Nazi Party. The Nazi Party’s goal was to secure control of the government.

Some of the early prisons for the Nazi Party’s enemies were informal. They were in the basements of houses and buildings run by the Nazi secret police. In 1934, the system of prisons became more institutionalized, and the Nazi Party began to set up prison camps outside of cities.

It’s one of the important Holocaust facts that the Nazi party was building a system of segregation and the infrastructure required to support it. All of this activity was fueled by one of our other Holocaust facts: the existence of anti-Semitism in Germany.

6. In 1937 Hitler Segregated Jews Who Were German Soldiers 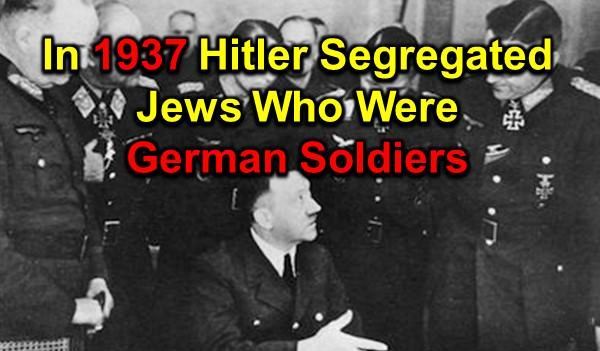 In 1933, as the Nazi Party was building the first parts of its prison system, they began to pass a series of laws that limited the rights of Jews in public life. These are some of the first legal Holocaust facts that would lay the groundwork for the atrocities that would soon follow.

Jews were not allowed to own farms, and Jewish lawyers and judges were removed from their positions. Many Jews were threatened and beaten. For a brief time, Jews, who had served in World War I, or who were directly related to servicemen, were allowed to work in the German government. In 1937, Hitler removed this exception and Jews were no longer allowed to hold any public office.

In 1935, the Nuremberg Laws were enacted. Based on the false medical science of eugenics practiced by the Nazi party, these laws were intended to preserve the purity of German blood. The laws further segregated Jews, revoking their citizenship and eliminating their civil rights. 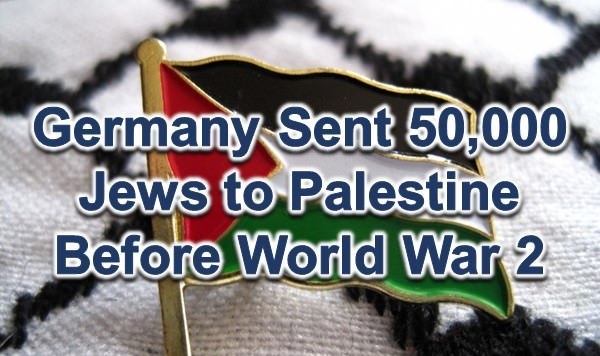 Many Holocaust facts have to do with Adolf Hitler. As the leader of the Nazi Party, he had a plan to kill all Jews in Germany, and was now executing his plan. In 1939, Hitler made a speech where he said that in the event the laws did not solve the problem, then all Jews should be exterminated from Europe.

The Nazi Party examined many ways of removing Jews living in Germany. They started by repressing and segregating Jews. Then, they looked for ways to deport Jews, even considering sending all the Jews in Germany to Madagascar. It’s one of the most surprising Holocaust facts that the Germans agreed to a plan to relocate some Jews to Palestine, before World War II. Over 50,000 Jews were relocated from Germany to Palestine before the start of the war!

8. Kristallnacht in 1938 Was the Worst Set of Pogroms Ever 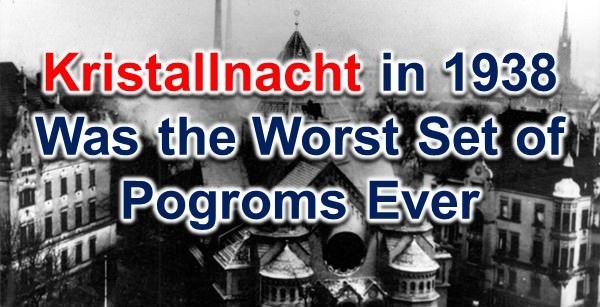 In 1938, the Nazi Party began a massive series of pogroms. These would become known as the night of broken glass or Crystal Night, which is Kristallnacht in German. Throughout November of 1938, more than 7,000 Jewish stores and over 1,000 synagogues, or Jewish places of worship, were destroyed. Hundreds of Jews were also killed during these pogroms.

Over 30,000 Jews were sent to the prison camps built by the Nazi Party. Jews were released after they proved they would leave Germany and would give up the rights to their land.

Although Kristallnacht clearly marked the violent beginning of the Holocaust, we know from our Holocaust facts that these types of events had happened in Europe before. What made the Holocaust different was that the pogroms were coordinated on a massive scale, and racial violence was institutionalized.

9. One Million Children Were Killed in the Holocaust 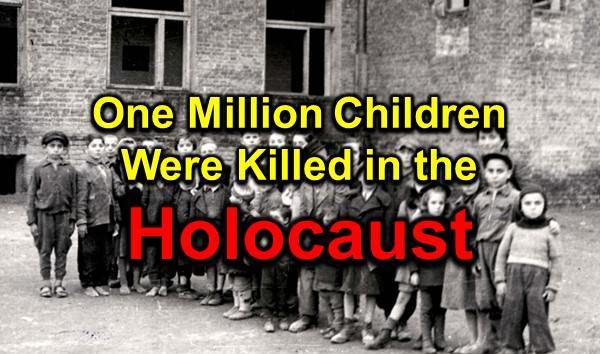 The Holocaust facts about the number of people killed are overwhelming. By 1942, the system of segregation put in place by Germany was being transformed into a system for killing Jews. There had never been an attack on a single group of people on such an industrial scale before. The results were horrific.

The system of prisons created by the Nazi party was extended into other parts of Europe. The prison camps became known as concentration camps, and eventually some were simply extermination camps. A system that started out as a series of forced labor camps became a system of death camps, with their only purpose being to kill Jewish people in massive numbers.

Some Jews were segregated in ghettos in occupied cities in Europe and used as forced labor for the German economy. These ghettos were also deadly, with many people dying from starvation and disease. Eventually, even Jews from these ghettos were sent to extermination camps.

Germany used railroads to ship Jews to camps. They treated Jewish people like cattle and took them in rail cars to camps were they were processed and murdered. It was murder on an industrial scale. 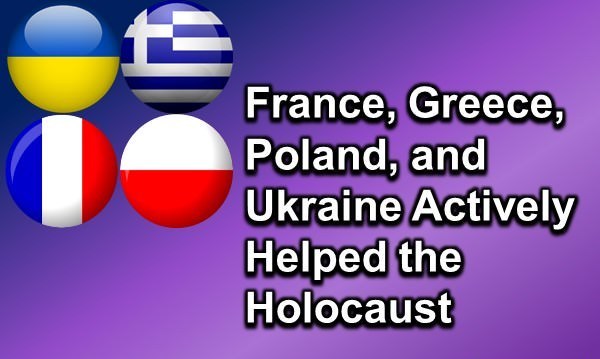 Germany was not alone in killing Jews in the Holocaust. When they invaded other countries, the local policy regarding the treatment of Jews had a big impact on the fate of the Jewish people in those countries.

France, Greece, Poland, Lithuania, Latvia, Ukraine and more countries actively participated in rounding up Jews to be killed by the Nazi Party. Similarly, anti-Semitic practices were put into effect in Italy, which was under Fascist control during the war. This is one of the saddest and most surprising Holocaust facts. However, when we consider the Holocaust facts about the history of anti-Semitism in Europe, it perhaps shouldn’t seem that surprising.

Thankfully, there were many people who did not support the killing of Jews. Even in Germany, there were people who risked their lives to save Jews from being killed. Many of the Scandinavian countries did not impose laws or deport Jews to be killed until they were forced to do so by Germany.

The Holocaust was the most awful crime committed in the 1900s. A history of anti-Semitism in Europe provided a foundation for Hitler and the Nazi Party to carry out murder on an industrial scale.

The people of the countries that Germany invaded, and many German citizens, were part of the bureaucratic system that started with laws of segregation and ended up with camps designed for no purpose other than to kill thousands of people at a time.